pulsing & purring slice of electronic disco that builds around a rolling arpeggio in continual flux while meecham layers the track with an array of fx, instrumentation & vocal incantations.

the emperor machine returns with his first new release in almost 4 years, the wonderful ‘like a machine’ backed with a remix from the legendary andrew weatherall. ‘like a machine’ sees meecham dive back into his classic territory ; the ‘stretched erotic dub’ strips things back to the underlying groove, delivering a cut that lets the subtleties of the arrangement shine. with mr. weatherall at the controls, he takes ‘like a machine’ & revamps it into a deep & rolling rework that is an instant late night druggy anthem, with its off kilter synth lines & added spoken word vocal parts. finally the package is completed with bonus cut ‘system seven hundred’ a track that see the emperor machine journey into mid tempo hypnotic wonderment. 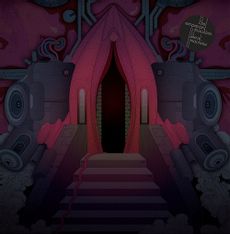