both these songs are outstanding examples of the heartbreaking, desolate nature of the solo bluesman accompanying himself on guitar & borrow heavily from the template set by lightnin' hopkins.

daniel augusta hunt, better known as junior hunt, was born in munford, al in 1929. on or around march 11th, 1953, hunt recorded these two songs in memphis & they were released in june of that year. hunt was arrested in memphis in 1958 for stealing a saxophone & died in may 1962 in phoenix, az. this marks the first legitimate release of his material on a 7" record. 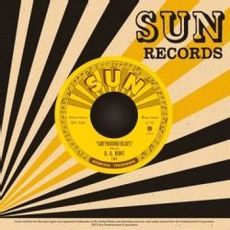