a truly inspired take on The Knife’s ‘Pass This On’ taken from his most recent eclectic proposition in the shape of new album ‘Dudesblood’.

The lead single is. On the flip is another cover, Roy ‘King Of The Cowboys’ Rogers’ ‘Dust’, taken from Dan’s ‘He Touched Me’ album. Says Sartain of the unexpected cover: “I liked ‘Pass This On’ the first time I heard it. I still don’t know what the song is about, but it’s originally performed by a brother sister duo, right? I think it’s all paraphrasing the drunken ranting of a female fan at a show. Something some drunk girl said to the sister. That’s just my take on it. I’m sure the question is probably more interesting than the real answer.” 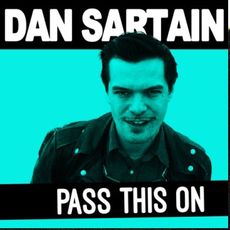