We welcome Flowdan back to Hyperdub.

It was he, alongside Killa P, who vocaled one of Hyperdub's early hits, the now classic 'Skeng' by the Bug, As a founding member of Roll Deep, Flowdan's guttural yardstyle delivery and booming flow became instantly identifiable amongst the static and anarchy of grime's early-2000s pirate radio presence. Surprisingly, this is his first EP as a solo artist and it's appropriately named 'Serious Business'. There are four equally serious producers working on beats here. 'Ambush' is produced by Newham Generals’ Footsie and sets the tone with hip hop beats and a dusky feel with a tale explaining that if he was to be ambushed he'd stand up for himself on his own, his vocals flipping between an angry bark to a stentorian chant. 'People Power' is about stinging chants of insurrectionary rage over a classic, muscular, lurching Bug riddim. 'F About' is produced by Coki from Digital Mystikz - one of his first beats for a grime MC, and it's a good one. Uncompromising lyrics over deadly, rolling snares, and a panic inducing mix of piano, synth horns and off key bleeps.'No Gyal Tune' is a killer battle track, produced by Masro with crisp rolling snares, weaponized bass drums, with lyrics promising a bloody end to all tin pan soundboys. Don't test. 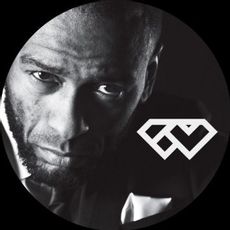