you know my name / wedding day


'You Know My Name' is an undeniable slice of perfect punk pop & 'Wedding Day' a visceral onslaught of guitar riffs with Courtney’s customary impassioned vocals.

Both tracks Courtney cites as some of the best music she has made in years. As front-woman of Hole & solo artist in her own right, Love’s stage presence was once described by John Peel as "verged on the heroic… generating a tension which I cannot remember having felt before from any stage". Double A side single pressed in neon pink vinyl & limited to 3000 copies worldwide - The new songs were produced by Michael Beinhorn and recorded in Los Angeles, California & are the first new solo material Courtney has released since 2004”s America’s Sweetheart. 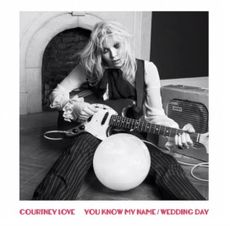