Under the moniker Los Angeles Police Department, Ryan Pollie makes the kind of homespun bedroom pop that excels in its quiet intimacy, while retaining its emotional weight under sparse instrumentation and soft delivery.

· On his 11-track self-titled debut album (released September 2014) Pollie wrote and recorded each song in a day, allowing for small imperfections and spurts of urgency found throughout the record. It’s a creative process Pollie has now become accustomed to: “This project really changed an important misconception for me. It was that music that I was making, which wasn’t recorded in a studio with a band, was illegitimate or not real for some reason.” · These 11 tracks, pared down from 30 and recorded in a house in Hollywood, became personal anecdotes to a specific time and place: following a burgeoning relationship until its untimely end. At times shaken and hazy and at others affront with exhaustion, Pollie is able to weave a tapestry of pop songs that is the perfect distillation of where the project is currently at and where it could be taken in the future. · “The album’s first half represents as strong a collection of songs as will appear on any debut LP in 2014, maybe the best of its variety since the debut Youth Lagoon record” - Impose Magazine · “Gloriously arranged with a late-summer-light country rock haze” - Pitchfork 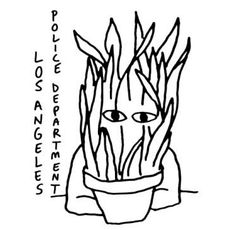