A Place To Bury Strangers / The Telescopes

Number 6, featuring two of the greatest Noise Rock bands of the last three decades: A Place To Bury Strangers & The Telescopes. Arguably New York City’s “loudest” band, A Place To Bury Strangers released their outstanding 4th LP, 'Transfixation', in February 2015. The unreleased new single, 'Down The Stairs', comes out in a time when the outfit is trying to push their recorded sound closer to the intense level of its infamous live shows. The Telescopes have been around since the glory days when the sonic rebel youth of Britain was gazing at its shoes, very much infatuated with the cathartic bliss of feedbacks and fuzz- boxes. A former Creation act, they have been around since 1988 and in constant creative flow and evolution. This time they pay tribute to one of the greatest Rock & Roll bands of all time, the Stooges, with a cover of 'I Wanna Be Your Dog'. 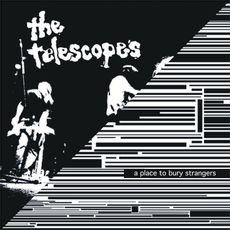