now expanded to a 4-piece, the Brighton-via-Falmouth group treat us to two brand new tracks, Their first in 3 years, released on limited edition 7” (100 copies for the UK & Eire) as a double A side on the legendary Too Pure Singles Club label.

‘Will To Life’ showcases Tall Ship’s exciting new direction in songwriting and marks a brand new phase in the band’s career. "shows a more muscular side...Tall Ships have always been masters of euphoria. Debut full-length ‘Everything Touching’ took the tio from sketchy math-rock through to enormous, stadium-filling swells of emotion, each track worthy of lighters-aloft, arms-outstretched mania. With ‘Will To Life’, the first recorded glimpse of their upcoming second record, the now-four-strong group have ramped things up one hell of a notch" - diy magazine. 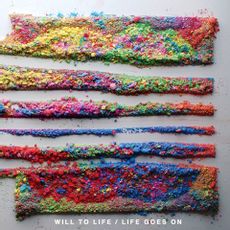