Recorded in Gold Dust Studios with a new sense of optimism and a fuller sound down to lots of extra energy (Nick believed it might be their last ever record) and the addition of piano and keyboards brings an instrumental direction.

With former Hawkwind bassist Adrian Shaw and Ex-Marrillion tub thumper Andy Ward, the album – some 72 minutes of poetic majesty; super chunky in places, silkily soft elsewhere – is a smorgasbord of melodies, from tear jerking beauty to maximum riffage (with added guitarist Bari Watts on ‘Can’t Feel It’). “‘High On A Downer’, ‘The Speed Of Light’, and the mid-tempo, '70s-inspired ‘Early Riser’ certainly tread closer to "monster ballad" status than anything Saloman has done in the past.” Pitchfork // “A graduation of sorts from the psychedelic bubbling and gurgling guitar experimentation of previous albums to crunchy psych-pop with an emphasis on straight-up songwriting.” AllMusic // “As a rock songwriter, Saloman is simply unstoppable.” Pitchfork // “There are feel-good Beatles melodies here, Nick Drake-esque folk-rock, and new wavy power punk. 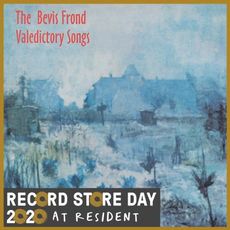