Emerging from the fumes of an ancient Egyptian civilization and now settled in one of the meccas of the American lysergic experience, Austin, Texas, our hero boasts an endless discography and collaborations with luminaries of the caliber of Laraaji (a solo new age traveler discovered by Brian Eno) and the legendary Rastafarian group, Congos. For the soundtrack of the feature film 'Guarda In Alto', directed by Fulvio Risuleo (the daring story of a baker who has access to a parallel universe on the roofs of the city) Sun Araw looks towards the possible horizons. Bypassing psych and electronic glitch, Sun Araw jets through a double album that seems to refer to the golden age of computer music as well as to the inventions of the Lovely house (the legendary New York label specializing in minimalism and 20th century avant-garde) and to a certain immeasurably psychotic dub aesthetic. A disk composed of many micro-cells, which marries the adventure to the 'edge of heaven' of the protagonist, reiterating that dreamy feeling that the protagonist has accustomed us to for several years now. Available on CD or 3-sided 2LP with etching on the 4th side. 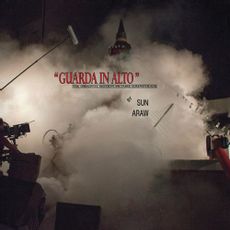