Teenagehood, brotherhood and a love for alternative music have united THE GOA EXPRESS from the off.

Hailing from the Northern industrial towns of Todmordon and Burnley they return with the insistent garage-rock smarts of “Be My Friend”, continuing their hedonistic pilgrimage into the underbelly of suburban rock and roll. This latest single was produced by Ross Orton (Jarvis Cocker, Arctic Monkeys) right next Sheffield’s famous ‘City Sauna’ brothel, and presents itself to us as a cheeky, snarling pop song, holding undertones of raw cynicism laden with psychedelic sunshine. The song is a “a step away from those who’re always trying to get close to you. An avoidance of those that are always hanging round. A shout out to individuality and an acceptance of rejection.” It’s evocative and immediately intense but also an instant anthem. With influences ranging from Spacemen 3 and The Brian Jonestown Massacre to long hours working at the Bookies to the journey into the sunrise on the night bus home, it is their ability to be all these things at once which makes THE GOA EXPRESS a guitar band for the 21stCentury. Nothing is ever a compromise because they are so unapologetically themselves in everything they do- proud Northerners with a DIY foundation that aren’t afraid to look into the often dim future and see themselves shining brightly in it, unforgiving and unpretentious. 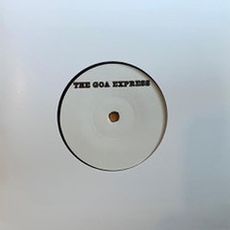