Originally released in 1971, this is the American rock band’s second live album, known by fans as Skull and Roses due to the iconic cover art. The album was originally released without a title after the band initially submitted the album name “Skull Fuck”, but the band, fans and almost everyone who knows the Grateful Dead fondly refers to the album as Skull and Roses. 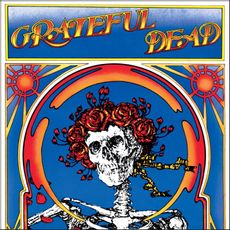