Hugh Padgham-produced albums have sold well over 100 million copies worldwide, and gathered over 100 billion streams on digital platforms to date.

Despite these stratospheric stats, the multi grammy award-winning producer has not been involved in any new material for well over a decade, and it would always take something ultra-special to pique Hugh's attention enough to get him back into the studio. This new album by Drummer/Composer Graham Costello, co-produced by Padgham and out May 7th on Gearbox Records, is most definitely that. Veering away from solid Jazz and into minimalism, electronics and post rock, Costello builds triumphantly on the foundation he laid down on 'Obelisk', his debut 2019 release which was nominated for the Scottish Album of the Year Award. It garnered much attention from the UK press and further, receiving 5-stars from The Scotsman and strong accolades from the likes of Clash Magazine, who called it ”startling, groundbreaking...it explodes definitions to seize fresh space”. 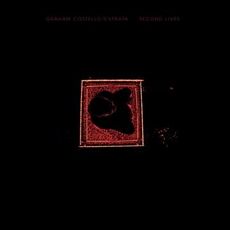