Covering songs that span genres and range from mega hits to album cuts, they make them their own with their unique approach to the traditional steel pans of Trinidad and Tobago in a way that makes you want to stand up to get on down.

Steel Drum Covers of Grace Jones, Galt MacDermot, Slum Village, Minnie Riperton, Jay Z, Ike Turner, and more. Bacao Rhythm & Steel Band, the mysterious steel pan outfit hailing from Hamburg, Germany have amassed a cult following around the globe. With a slew of classic 7”s and two critically acclaimed full length albums, they set a high bar for themselves, one they clearly intend on pushing even higher with this new offering. On their third album, aptly titled Expansions, BRSB are back with more of the same, but more of the same with them is inherently different. Part of the allure of a new record from Bacao is ¬nding out what covers they chose. However, die hard fans are also waiting to hear the original numbers like the stellar album opener “Tough Victory”. Its airtight rhythm section, brass arrangements, and layers of steel pan melodies make the term “cover band” a shoe that could never fit Bacao. Within the next three songs they go from Jazz (Galt MacDermot), to Hip Hop (Slum Village / J Dilla), to a dance floor classic (Grace Jones) taking them all on with their signature style, expanding on the originals. An easy crowd favorite is their gritty, gully, and neck snapping cover of the Timbaland produced Jay-Z club hit “Dirt Off Your Shoulder”. The infamous crushing Bacao drums start the show and the moment they start playing the top line on the pans, all bets are off. Sure to become a dance floor filler is their bottom heavy, four on the floor version of Sylvester’s classic “I Need Somebody To Love Tonight”. They venture into some gutbucket funk with Ike Turner’s “Getting Nasty” and bring the steel pans to Minnie Riperton’s Jazz classic “Les Fleurs”. Digging deeper in the modern canon and paying tribute to a tribute, they cover Erykah Badu’s homage to the late great J Dilla, “The Healer”. This is the type of thing to make Spice Adams jump on his kitchen counter and scream. From the second the beat drops they give the original Madlib production a run for its money, shaking subwoofers with the eerie tremolo bass while the pans play E. Badu’s vocal melodies. By the time the album is through Bacao has taken the listener on a journey that spans a myriad of energies, tempos, and moods while somehow managing to keep it all under one umbrella. For all that, these songs are alive, and they will be taken out of the context of this album and sewn into the fabric of DJ sets around the globe for many years to come. Bacao Rhythm & Steel Band is breathing renewed life into the originals and continuing to push the boundaries of steel pan music, or, as the title suggests, expanding on it. 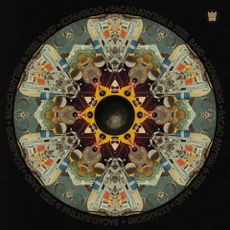