An actor, musician, visual artist and unyielding creative spirit, Dreaming of You (1971-1976) gathers for the first time the best of Karen Black’s studio and demo recordings.

Produced by Cass McCombs and meticulously restored from the original tapes, the collection’s fifteen tracks are a holistic depiction of Black’s dreamy, introspective and earnest musical identity. Cass McCombs and Karen Black became fast friends. They collaborated again on “Brighter!” from McCombs’ 2013 album Big Wheel and Others, and also wrote toward a solo album for Black. “She’d given me all of her poetry and I was trying to work them into some kind of meter that would work as songs,” McCombs says. They were able to record two of them before she died, “I Wish I Knew The Man I Thought You Were” and “Royal Jelly.” 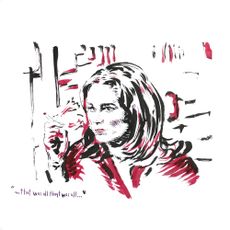