On 16th April 2021, three years to the day since producer Tim Larcombe and I began work in the studio, my debut album will be released independently on our label EKT Records.

spell_hope is about finding the hope, the way forward, the light in dark places, the order in chaos, the things that are most important. It is about creative freedom. Not compromising on integrity and originality, and resisting the shortcuts, the temptation of an easier road. It is about reaching that end goal, that unstoppable ambition. The power we all have within us to change things, to make things happen. To keep running even after our legs tell us to “stop!”. The track list adventures from realms of the organic to the electronic, modern to classic, the understated to the overtly dynamic. Brimming with an inadvertent frankness which I realised more fully after the event of recording (much of the time when I write I let my subconscious do the talking), these songs comprise a journal, in words and melodies, of my life up to this point… “Towers” was written at the piano back in 2013, in the moment I resolved to leave my university course behind in favour of the path that has led me to writing this now - a song I have since been determined would end up on my first record. “Stronger Heart” at the first sense of heart-break. “Plans” at my first sense of true partnership. “Stones”. “Big Bad Thoughts”, “Small Things” and “Spell Hope” reactions at various points to the difficulties and destitution of my chosen career piling on top of other issues (- we all have ‘em right?), over time challenging my determination and mental stability. This album was always going to happen. And now, as a twenty-seven year old looking back on the decade it has taken to bring it to fruition, I admit to being proud of my younger self for saying “no” when I needed to, for refusing to give up in the moments when it felt like I was hitting my head against a brick wall, and for realising within the first few minutes of being in the studio with Tim that I needed to make this with him. Because, as a result, and at last, I am able to present a body of work that is categorically 100% the way I want it to be. 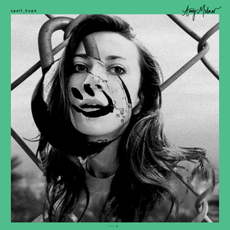