The beguiling yet inviting music of Vanessa Amara has long presented studies and invoca1ons of ambient music and experimental sound prac1ces with a graceful relief.

Their latest album, 'Music for Acoustic Instruments & Feedback,' is a collec1on of unedited live recordings from 2016-2020. It charts a formal path for crea1on, and in doing so manufactures their most dazzlingly beautiful album to date. Vanessa Amara is a duo from Copenhagen. More recently they've forged links to Coomkeen, Ireland. Together, Birk Gjerlufsen and Sebastián Santillana have released a small plenty of recordings, with their 2016 album 'You're Welcome Here' bringing them into a cri1cal orbit with contemporary experimental music and earning them much-deserved recogni1on. A cluster of releases followed that took their intricately rendered worlds into new constella1ons and alignments with the suite of instruments that they recurrently call upon. Last year's 'Leopards' and 'Poses' introduced a daring alacrity to the dreamy forms one may associate with Vanessa Amara, sugges1ng a wealth of silhouettes and wicked suns. 'Music for Acous1c Instruments & Feedback' hints at a similar mischief through its inven1ve formal strategy, accompanying ideas, and charged theatre, yet it pursues the melancholic kernel at the heart of the project more intently than any previous release. The album's title is descriptive of the album's process. Utilising an arrangement of microphones, speakers, and tape machines, Vanessa Amara created a system that allowed them to work with acoustic feedback. In the group's own words, "We don't have a studio or a piano, so instead we work briefly in other peoples' homes or in any room made available to us. Each of these rooms, what is within them and how the instruments resonate there, is what generates the sound." With piano, accordion, pipe organ, carillon, and bells, this system generates an exquisite space of delicately placed harmonics and sweet ricochets. The track 'Accordion' captures a passing all-terrain vehicle from inside a church-it's these kinds of bizarre juxtaposi1ons that are found at the edges of the album, refrac1ng the heart aching medita1ons and formal constraints with a novel spontaneity. However, at the core of the album's making is feedback. As Vanessa Amara explain, "The autonomy of the feedback is cri1cal as it demands an improvisational relationship to the shaping of sound. We wish to trigger a capacity for refusal of perfec1on forcing awareness. Our hope is that the transparency that we believe improvisa1on holds a capacity for can at once connect and nourish solidarity, provoking movement as well as continuity in and between our, as well as our audience's, collective and individual labour in life." The resulting shapes and figments rustle a new wondrous bearing, making 'Music for Acoustic Instruments & Feedback' an elegant transformatioon in the project's evolution. 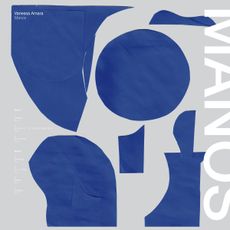