NOW 9 is appearing in full on CD for the very first time! Originally released in 1987, it features a fantastic track listing from artists such as Curiosity Killed The Cat, Simply Red, Bon Jovi and number 1’s from Boy George’s ‘Everything I Own’ to Ben E. 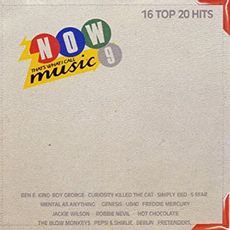