Live At The Sydney Opera House


strewth! This blazing Sydney performance works as a live companion to Joe's 2016 ‘Blues of Desperation’ record, which saw the maverick superstar guitarist tossing away the rule book as he continues to the biggest badboy in blues.

Seven of the nine songs on this album were taken from ‘Blues Of Desperation’. The track list is rounded out by a song from Joe's album ‘Different Shades of Blue’ ("Love Ain't a Love Song") and a cover of one of Joe's all-time favourite guitarists Eric Clapton ("Mainland Florida"). Move over ro jo, it's jo bo time! 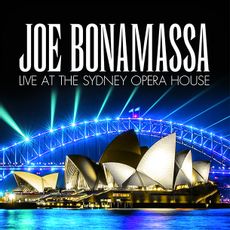