Like so many other Delta blues musicians of the 1930s and 40s, rock music owes a debt of gratitude to the works of Blind Willie McTell.

Considered one of the finest guitarists and vocalists of the era, noteworthy for his then unheard of usage of a 12-string guitar, artists and bands from The Allman Brothers to The White Stripes to Taj Mahal have listed the blind bluesman as a key influence. From the start of his career in 1927, McTell cut numerous singles for Victor Records, and maintained a noteworthy level of popularity in his home of Atlanta, but like many of his contemporaries, his career skidded to a halt during World War II. McTell left music during the 1950s and later passed of a brain hemmorage in 1959. Not long after his passing would come the British blues explosion, which would not only make household names of Eric Clapton and John Mayall, but spark a renewed interest in the material of classic bluesmen like McTell. It wasn't long before innumerable collections of such material came into being. 1927-1935 is one such collection, covering the beginning years of McTell's career, pre-World War II. Many of McTell's earliest recordings for Victor Records are present here, many of which were recorded with his future wife Ruth Day providing duet vocals. Songs such as "Cold Winter Day", "Razor Ball", and "Ticket Agent Blues", which famously would be covered by The White Stripes decades later. 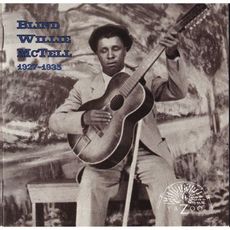