Celeste' CTM & August Rosenbaum On the occasion of the exhibition Celeste at Copenhagen Contemporary, the artists and musicians CTM (Cæcilie Trier) and August Rosenbaum present their new album of the same name with Posh Isolation.

The exhibition is an immersive installation structured in acts that has been created with the artists Lea Guldditte Hestelund and Ea Verdoner. Trier and Rosenbaum's songs and instrumental pieces can be found in the gallery as an element in a hybrid work of sculpture, video, and choreography that explores corporeality and transience. Their album 'Celeste' presents these recordings as a standalone work. Rosenbaum is an acclaimed pianist and composer based in Copenhagen. He has won two Danish Music Awards for his solo work, and his list of collaborators includes Zeena Parkins, Kim Gordon and Jesper Just. Rosenbaum's work has been commissioned for film and performances at Palais de Tokyo, The Royal Danish Ballet and The Metropolitan Museum of Art. Trier is likewise based in Copenhagen, releasing music under her alias of CTM. Her latest album "Red Dragon" presented an experimental approach to both songcraft and production that quietly captured critical acclaim. As a revered cellist, vocalist and composer, Trier has been involved in a wide array of projects and collaborations across genres and disciplines. A suite of twelve pieces comprise the album 'Celeste.' Each piece interlocks with another, and together it can be thought of as a prism through which the work's materiality is both conceptualised and felt. Having developed the sound material with the objects and surfaces in the exhibition, and phrasing the work with the movement and tactility of the space itself in mind, 'Celeste' both renders the exhibition aurally and illustrates some of the sensuous qualities that can be found within it. Tones generated by striking and manipulating the stones within the installation are the starting point for some of the pieces, for example. Project onto these processes a poetic and philosophical meditation on value and runaway existential motifs and one starts to understand the themes around temporality and anthropomorphism that haunt every gentle stroke that has gone into 'Celeste.' Though the instrumentation—predominantly cello, accordion, and piano—is articulated clearly across the album, the resonances found within and around each instrument feels just as descriptive as the plaintive though curious melodies that they deliver. Cadences are toyed with through the album too, prompting a tricky sense of duration and teasing the listener to focus on these carefully stoked ambiences. Between the medley of acoustic instruments and digital treatments, Trier's supernatural vocals linger. The lyrics give snapshots of characters and beings that drift from focus just as they enter, often ambivalently. Detached from the gallery, 'Celeste' is a truly mesmerising work that is hard to place in any one category. It straddles many forms just as it presents itself as a whole. The delicate compositions befit the tender themes, making it an engrossing parallel to its namesake installation. The album was mixed and co-produced by Malthe Fischer. Mastered by John Hannon. 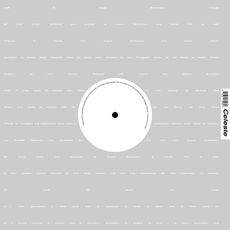