But, like her pitch-shifted vocal and deadpan stare, that dissembling coldness is shattered by the blistering reality of her lyrics. Everything she writes, in her punk-poet electronic pop songs, is viscerally vulnerable. Her upcoming debut album, produced with fellow London-born, LA-based producer Vegyn, is what she calls a "selfish" record, documenting "how I feel, what I'm going through, and where I want to go in my life." But like everything John touches, even this answer shapeshifts, revealing itself to be something unexpected by the time she's finished speaking. SHILOH is a document of healing and evolution that John created over the course of a year. Each track is a reflection of a moment, captured fleetingly, showcasing a different face of John Glacier. "The songs are all completely different spaces," she notes, but the common theme of the album is reflection, and processing – like chipping away at ice.” 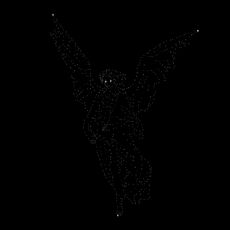