A neo-nostalgic Dave Lee Mix and Dub of STR4TA’s ‘After The Rain’ is available in stores 10th September 2021.

The debut album ‘Aspects’ by Gilles Peterson and Jean-Paul “Bluey” Maunick’s new project, STR4TA, is the catalyst for a new wave Jazz Funk movement. Reimagined by illustrious producer and label owner, Dave Lee, to capture the essence of a unique UK sound in an extraordinary Mix & Dub release. This rework of ‘After The Rain’ harps back to the classic Brit-Funk era whilst tailoring it to contemporary club culture with this spaced out Dub; conscientiously keeping the essence of what is magical in the original mix. With the aim of giving more exposure to parts which are not so prominent in the original, Lee’s production process involved rearranging and rebalancing those parts, using a fading technique to create tension, moments and surprises that flow together, capturing that raw, moment to moment sound. STR4TA is the new wave jazz funk project pioneered by Gilles Peterson and Jean-Paul “Bluey” Maunick. Dave Lee has been producing with love for close to three decades and without question no-one treats a loop, groove or hook with as much care and attention as Lee does. 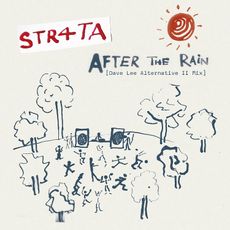