Brimming with child-like imagination and a futuristic mindset, the confident, audacious interrobang surprises with each listen, racing around unexpected corners, seemingly hitting ambitious new heights at every turn.

Working with producer Tony Berg (Phoebe Bridgers, Andrew Bird) at renowned Sound City studio in Van Nuys, CA and the band's own studio in Carlsbad, CA throughout last year and into 2021, SWITCHFOOT: Jon Foreman, Tim Foreman, Chad Butler, Jerome Fontamillas, and Drew Shirley recorded the album in a burst of pent-up mid-pandemic creativity. Fearlessly marrying 60's experimentalism and synth-driven new wave swagger, the band pushed past its comfort zones and retooled its sound, all while retaining their sense of equilibrium and rediscovering their joy of making music. 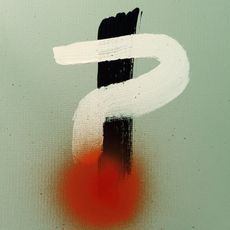