In 2020, Germany’s power metal band, Gamma Ray, celebrated their anniversary – 30 years of true metal! Despite not being able to fill a hall with devoted fans like they usually do due to covid-restrictions, they decided to put on a hell of a show.

Filmed with several cameras, the show at the impressive ISS Dome in Duesseldorf, Germany brought band and fans together via Live-Stream. To incorporate the fans into the show, the band members invited them to send in recordings of themselves screaming, hailing and whistling to their favourite Gamma Ray songs which will be added to the end of the show. – GAMMA RAY : 30 YEARS OF AMAZING AWESOMENESS 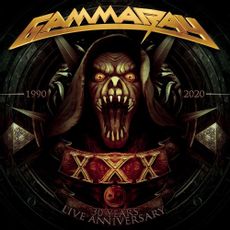