Although the album was produced by David Tickle , Belinda’s sole album for the Chrysalis label in 1996 saw her re united with the writers of her biggest chart successes, Rick Nowels , Ellen Shipley and fellow Go Go Charlotte Caffey .

Nowels ’ “In Too reached # 6 and Roxette’s Per Gessle’s “Always Breaking My Heart” was another Top 10 hit. Love In The Key Of C” followed them into the charts, while t he fourth hit “California” features backing vocals from none other than Brian Wilson . The two bonus LPs feature seventeen tracks : non album B sides , including covers of “Jealous Guy” and “The Ballad Of Lucy Jordan”, plus I Won’t Say I’m In Love” Belinda’s contribution to the soundtrack of the Disney film “Hercules” Hercules”, a cover of the Sex Pistols’ “Submission” recorded with Radiator for a compilation album, plus live and acoustic versions of her earlier hits , and three very rare remixes . This anniversary box set contains three LPs pressed on 180g vinyl , in individual outer and inner sleeves , plus a 12 x 12 booklet , all in a lift off lid box . 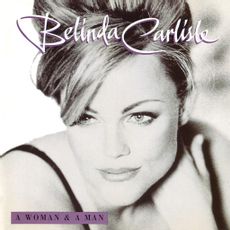