Originally released in 1975, Force It is UFO’s fourth studio album.

Produced by Ten Years After’s Leo Lyons, it was their first album to chart in the US and enabled the band to kick up a rockier gear. Containing many classic tracks still in their live set today, such as “Shoot Shoot” and “Let It Roll”, this newly remastered 2LP gatefold deluxe version includes the Record Plant live set. 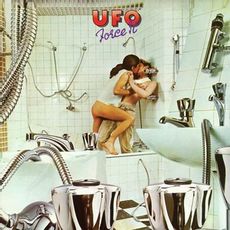