Partnering up with Paramount Pictures who are scheduled to release the very first UHD Blu-ray edition of the film along with a remastered and expanded Blu-ray edition with new bonus features, we have been working directly with Cameron Crowe to expand the soundtrack for this love-letter to rock ‘n’ roll and cult-classic film for the ultimate fan experience.

The Who “Amazing Journey / Sparks (Almost Famous Version)” – a brand new mix matching the unique edit experienced in the film approved by The Who only for this expanded soundtrack reissue.

Elton John “Tiny Dancer (Almost Famous Version)” – Paramount gave us the film’s isolated audio tracks and we created a brand-new mix of the iconic Elton song “Tiny Dancer” recreating that poignant moment in the film where the cast sing along with the song on the tour bus. We’ve expanded the experience to feature as much of Elton’s song except where the cast members sing to maintain that emotional moment and this timeless classic by Elton. (awaiting Elton’s final approval)

Stillwater – “Something In The Air” – the original soundtrack featured the Thunderclap Newman recording, but this recording is never heard in the actual film.  The song is featured during a hotel room scene where the film’s fictitious band Stillwater are playing the song acoustically to friends and this is the version that will be in the Uber and two Super Deluxes, while the Thunderclap Newman version will remain on configs featuring the OST.

Steely Dan “Reeling In The Years (Live)” – during the film this song is featured in the background while cast members are watching “The Midnight Special” TV performance by Steely Dan which has never been released on an album until now.

Jeff Bebe “Greenville Riff” (title not final) – Stillwater band member Jeff Bebe is seen in his hotel room jamming on an acoustic guitar for a few seconds, the full nearly 2 minute jam captured during filming will be included on this reissue.

Stillwater “Cover Of The Rolling Stone” – the moment Stillwater find out they will be on the cover of Rolling Stone magazine they break out into an a cappella performance of this song.

Neil Young “Cortez The Killer (Live)” – in the film Cameron Crowe used a bootleg live recorrding of Neil Young’s live performance from the Paramount Theatre on March 13, 1999. Neil Young has graciously found his 8-track analog multi-track recording of the performance and newly mixed it for this boxset.

Stillwater Demos – Nancy Wilson recorded demos using her vocals for the 4 Stillwater songs she wrote as did Peter Frampton for the 2 Stillwater songs he wrote and all 7 demos (“Love Comes And Goes” has two demos) are released here for the first time.

Stillwater Backstage Jams – we’ve found 3 recordings by Stillwater performed during film shooting of acoustical recordings for Led Zeppelin’s “That’s The Way,” Neil Young’s “Down By The River” and their own “Fever Dog”.

Nancy Wilson Film Score – other than “Lucky Trumble” featured on the original OST – all of Nancy Wilson’s original score music has never been released officially until now including 14 recordings that didn’t make the final film all together totaling 37 minutes in complete length. 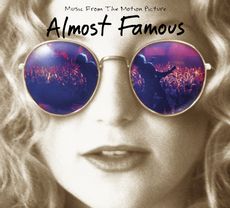