Foxes in Fiction’s classic album Ontario Gothic, which has long since been out of print, was originally released in 2014 and garnered praise from the likes of Exclaim “Music can be therapeutic, and Hildebrand's music is a perfect example of this” and Stereogum “gorgeously rendered dream-pop”.

Seven years ago, I reviewed Foxes in Fiction’s second album, Ontario Gothic, for my college newspaper and was justifiably effusive in my praise. Here was, in the year of our lord twenty-fourteen, the apogee of what pop taxonomists called “dream” or “bedroom” pop—the new altar at which devotees of the genre might worship. The record’s relative brevity—seven tracks; thirty-two minutes—belied the expansiveness, and the durability, of its sound. Meticulously built of lilting guitar loops, whorling synths, collages of field recordings and ethereal vocals that could have been beamed in from another place, it was a record that could only be fully appreciated through its repetition. Indeed, it seemed to offer something new with every listen. That is no less true now, on the eve of its overdue reissue, than it was upon its release: seven years have not dulled the accuracy of my initial assessment. To name an album Ontario Gothic is to invite comparison to the ruined cathedrals and pewter twilight of a windswept moor (more Brontë than Bush)—and it seems apt because I have always imagined the music of Foxes in Fiction to exist in that liminal space between day and night, when the sunken feelings of the past rise up and their shadows grow long. This is music haunted by loss and burning with nostalgia; in lyric and sonic architecture, it mimics the press of human memory turning over and over. In the title track, Warren Hildebrand sings of being trapped in the past’s shadow, which reminds me of a line attributed to some Athenian general, though who said it doesn’t really matter, only that he said it, and what he said is this: “I remember even what I do not want to remember but am unable to forget what I want to forget.” To truly forget is, of course, impossible, and often undesirable, because even an erasure leaves a smudge, indicates a presence, even when it references an absence—in this case, the absence of the loved one to whom Hildebrand dedicated the album. Intimations of catharsis, of release, do come—specifically, at the two minute, six second mark of the third song, “Glow (V079) and, later, at the one minute, twelve second mark of the final song, “Altars”—as a holy rush of verdant sound. In those moments, peaks to which the entire record bend, Ontario Gothic exceeds the baroque taxonomies of pop to become something stranger, akin to a religious experience. 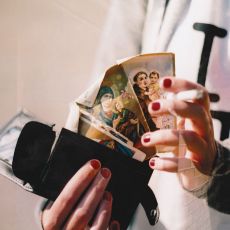