Following the release of their debut album Crocodiles and the subsequent EP Shine So Hard, Echo & The Bunnymen returned with their second studio album Heaven Up Here.

The album spawned the single A Promise as well as Over The Wall in Australia. The album artwork was shot by frequent collaborator Brian Griffin, on a beach in the South Wales town of Porthcawl and won the Best Dressed LP at the 1981 NME Awards. 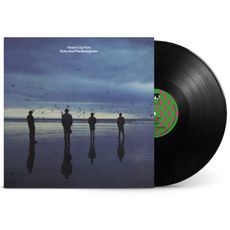