THE POSSIBILITIES ARE ENDLESS OST

‘The Possibilities Are Endless’ is a film, a hymn to happiness, about Edwyn Collins finding his way back to music, life & to understanding. “Recorded by Edwyn, Carwyn Ellis & Sebastian Lewsley, the accompanying soundtrack to The Possibilities Are Endless aptly captures the complex moods of the film – all at once we feel discomfort, pity, serenity, hope, & admiration…Edwyn endeavours to recall childhood memories over sparse, yet serene instrumental tracks like ‘One Note Wonder Part 1’, ‘Note Wonder Part II’, ‘Leviathan’. Other songs from the Collins repertoire appear in stripped down instrumental forms, such as ‘Home Again Harmonies’ & ‘Quite Like Silver Piano Refrain’.” 8/10 – line of best fit. 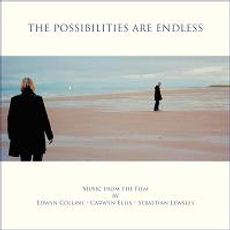