vinyl release of two volumes of music from season 1 of ‘HANNIBAL’ by Brian Reitzell - Spread across two double gatefold LPs with each volume available as 140gm & coloured variants.

Accompanying the release, director David Slade has provided rare photos from his personal collection for the artwork. the music has been sequenced in the chronological order they appears on the show itself, allowing for an essential listening experience as dictated by the music’s creator. Over the last decade & a half, multi-instrumentalist, composer & producer Reitzell has created his own unique method of scoring films, drawing equally from his experience as a recording & touring musician with bands such as Redd Kross & Air, & his massive knowledge of recorded music. His vision is to create a seamless landscape of songs, score, & found music for each soundtrack. Brian’s explorations of new sounds add unique character to visual images. 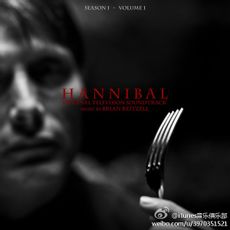