volume one of this krzysztof komeda series on vinyl looks at komeda’s classic work for polanski’s ‘knife in the water’ along with rare earlier recordings that have never been on vinyl before.

these were recorded by komeda’s progressive trio at the legendary jazz jamboree festivals in warsaw. together these recording signify a sea change in the sound of modern jazz – especially in poland where it had been banned until stalin’s death in 1953. by the early 1960s komeda had found his modern sound, one which he would build on & develop through various film scores & free jazz sessions. his untimely death in 1969 left the jazz world with a small but significant hole, one that seems to grow bigger as more people realize just how unique & versatile his music was. 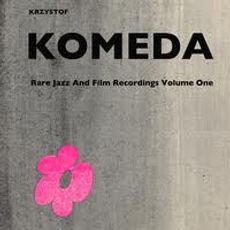