Invada Records are proud to announce the vinyl release of two volumes of music from season 2 of hit NBC television series HANNIBAL by Brian Reitzell.

Accompanying the release, director David Slade has provided rare photos from his personal collection for the artwork. All of the music featured on the Hannibal LPs hail from the second season of the series and have been sequenced in the chronological order they appears on the show itself, allowing for an essential listening experience as dictated by the music’s creator. Over the last decade and a half, multi-instrumentalist, composer, producer and music supervisor Brian Reitzell has been on a mission to further elevate the layer that music adds to a film's life. He has created his own unique method of scoring films, drawing equally from his experience as a recording and touring musician with bands such as Redd Kross and Air, and his massive knowledge of recorded music. Acting as both music supervisor and composer, he often blurs the lines between score, source music, and sound design. His vision is to create a seamless landscape of songs, score, and found music for each soundtrack. Brian’s explorations of new sounds add unique character to visual images. 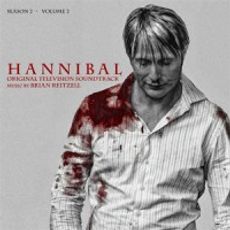