the book of life

'The Book Of Life' is the journey of Manolo, a young man who is torn between fulfilling the expectations of his family & following his heart. The score was composed by Gustavo Santaolalla. The Argentinian is a multi-faced artist that is best known for his work writing movie scores & producing albums. He is also the founder of the alt-tango band Bajofondo. As a composer, he has won two Academy Awards for Best Original Score for his work on 'Babel' and 'Brokeback Mountain', for which he also won a Golden Globe Award. Most recently, Santaolalla composed the score for the Jack Kerouac movie, 'On The Road', and the video game 'The Last Of Us'. 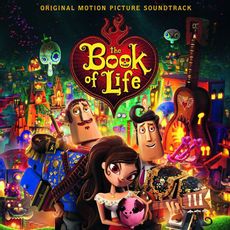