Limited edition of 1000 copies worldwide / comes with download card. Brian Reitzell is a composer, producer known for his contributions to soundtracks, most recently composing the entire music for award winning NBC TV series Hannibal. Previously collaborating with amongst others Air performing on their 2001 album 10000 HZ Legend and in 2003 nominated for an BAFTA along with My Bloody Valentine’s Kevin Shields for their score to Sofia Coppola’s film Lost in Translation. 30 days Of Night is a cult 2007 American vampire horror film directed by David Slade and stars Josh Hartnett, Melissa George and Danny Huston. 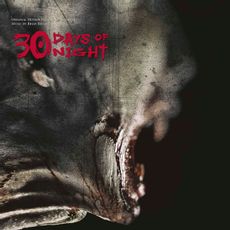