The soundtrack to Noah Baumbach's film is filled with classics such as Paul McCartney's “1985,” Lionel Richie’s “All Night Long (All Night),” Survivor’s “Eye of The Tiger,” or David Bowie's “Golden Years” just to name a few.

The score to the film comes courtesy of LCD Soundsystem’s own James Murphy. There's even some Vivaldi, Haim, Psychedelic Furs & much more. 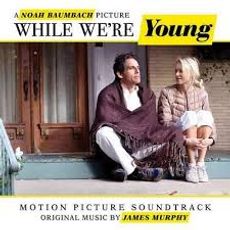