brought to you by the man who scored 'drive' - a bafta award-winning soundtrack to the Ubisoft video game FAR CRY 4.

Like his previous work, the for red hot chili pepper has created a stunningly atmospheric score for what many considered to be the best computer game of 2014. The album comes with 45 minutes of bonus material not included on the digital release on limited coloured vinyl. "Martinez clearly had an idea that he has transformed from visual to aural with perfection." 8.5/10 - louder than war 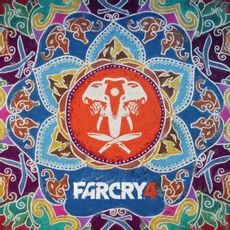