While the film it soundtracks is often lambasted for being one of the worst of all time, the music by Robert Smith Jr.

and Russ Huddleston is a decidedly offbeat and strangely compelling affair. Utilizing sparse, jazzy arrangements to act as counterpoint to the nearly incomprehensible happenings on screen, the music contributes heavily to the film's surrealistic and nightmarish tone. Remastered from a recently discovered 35mm magnetic soundtrack, this album combines the music and dialogue from the film to create a truly unique listening experience. 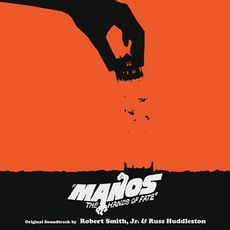