we release whatever the f**k we want

the Fifth release from We Release Whatever The F**k We Want Records, This limited edition vinyl includes numerous songs by Italian composer Stelvio Cipriani, the man behind the superb soundtrack of Poliziottesco movie 'La Polizia Sta A Guardare' (1973) whose main theme was reborn in 2007 on Quentin Tarantino’s 'Death Proof', multiple scores for Spaghetti Western movies starring Tony Anthony, as well as a Nastro d’Argento award for best score for 'The Anonymous Venetian' (1970). Also found on 'Pieces' are compositions by Carla Maria Cordo who scored Joe D’Amato’s gorefest 'Absurd' (1981) that some might know as 'Anthropophagus 2', 'Monster Hunter', 'Horrible' or 'The Grim Reaper 2' - a movie so shockingly violent it became one of the Video Nasties of the UK and was successfully prosecuted under the Obscene Publications Acts in 1984. Lucio Fulci’s frequent collaborator Fabio Frizzi also makes a special appearance with the sexy 'Cocktail Molotov'. 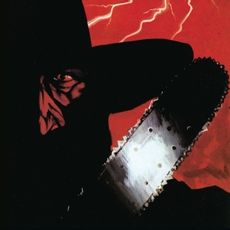