a soundtrack as big as the universe it inhabits – john williams’ epic score is as bombastic and beautiful as the film itself.

an enormous achievement in cinema deserves the best soundtrack and Williams has delivered with a broad, emotive and diverse score that mirrors and enhances the on screen action in a rare way that’s comparable only to the brilliance of Morricone. 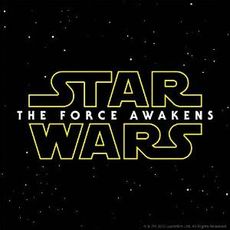