One of the most famous Dutch bands is the in The Hague formed Shocking Blue.

The band released some of their best-selling hits all around the world, including the still standing `Venus`. It´s just one of the many songs which can be found on the double LP Single Collection album. The essential album was released in 1997 an this part 1, consisting of 28 of their songs. Robbie, the great composer, and Mariska Venus, the inimitable singer, offer sheer musical delight on this essential compilation album, which is a perfect introduction to all other albums by Shocking Blue. The album also includes hits like ´Never Marry A Railroad Man´ and ´Mighty Joe´. This Record Store Day release includes a fan treat and is available as a limited edition of 1000 individually numbered copies on transparent blue vinyl. 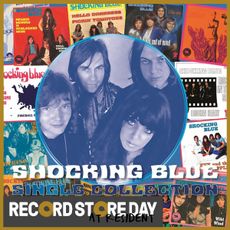