Richard is considered one of the founding members of the New York electronic scene. This is the first time the LP has been reissued on vinyl. The album is a quirky and bombastic synth pop / new wave masterpiece. Containing such hook-filled tracks as “Alien Girl” and “Monster Movie”, the LP is a great listen front to back and will dazzle even the most discerning dance floor. Contains original reproduction artwork and remastered by Martin Bowes at the Cage, UK. 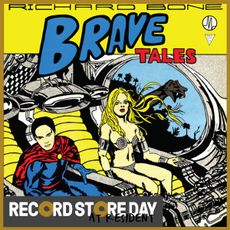