For the first time ever, the world’s most popular Skateboarding Movie is being captured on Vinyl. 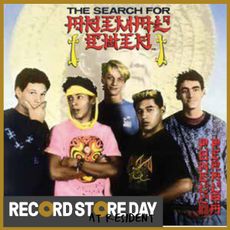