Scored by the acclaimed sibling composers, Mychael and Jeff Danna accompany the compelling drama series based on Margaret Atwood’s novel about power and corruption.

Mychael’s inspiration for the score was to create something that mirrored “the formal rigidity of British Colonial 19th Century society”. An exquisite and compelling composition, it translates both on screen and off, through the brother’s choice of a chamber group for accompaniment. The fleeting woodwinds and piano (along with the occasional church organ) create a beautifully romantic and dramatic persona that has an underlying darkness at its core, reflecting the crime that underpins the series. 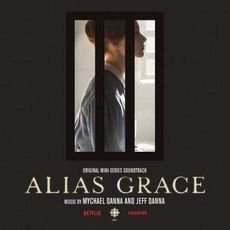