the legendary neo-classical composer  scores the documentary ‘McQueen’, capturing the raucous iconoclasm of Lee’s early years, to the darker aspects of his character; from the celebration of his life to the tragedy of his death.

The film centres on Alexander McQueen, the working-class boy who rose to become the most celebrated & controversial fashion designer in the world. it became clear there was only one composer for this film. Nyman’s name kept cropping up as they researched Lee’s life; colleagues & friends they interviewed recalled how long nights in his design studio were inevitably accompanied by CDs of Michael’s music, in particular his score for ‘The Piano’ (Lee’s favourite film & soundtrack). Michael Nyman’s music - & its unique connection to Lee - was by their side throughout the edit, leading them, nudging them to explore the myriad emotions provoked by McQueen’s remarkable story. 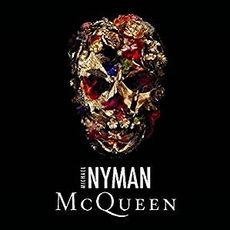