Echoes of Maestro Morricone abound alongside the influence of avant-garde pioneers and Holmes' soundtrack contemporaries in a selection of deep-listening tracks comprising 50 minutes of original material.

this was made for Steven Soderbergh’s six part tale of passion, intrigue and deception. To quote Mark Kermode, 'Mosaic' outlines Holmes’ expertise at “ratcheting up the tension” with strings, horns and synthesisers swelling throughout. As this tension peaks there is inevitable release - in rhythmic and harmonic tracks such as ‘What I Want Is The Red Room’ and Badalamenti-esque lounge eeriness in the likes of ‘Four Years Later’ - guiding the 20 cues presented on this release into a cohesive, full and nuanced album that reveals subtle and rewarding intricacies on each repeated listen. ‘Mosaic’ once again outlines Holmes as a modern master of the original soundtrack. 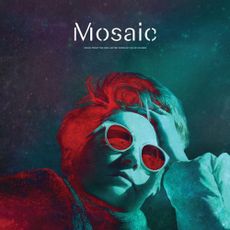