‘Lowlife’ is the berserk, blood-spattered and wickedly entertaining feature debut from Ryan Prows.

Set amidst the seedy underbelly of Los Angeles, ‘Lowlife’ zigzags back and forth in time as it charts how fate - and a ruthless crime boss - connects three down-and-out reprobates mixed up in an organ harvesting scheme that goes from bad to worse to off-the-rails insane. Kreng is known for his previous score to ‘CAMINO’ (released on Invada Records), along with his Critically acclaimed ‘L’Autopsie Phénoménale de Dieu’ (2009), ‘Grimoire’ (2011) and the lavishly designed retrospective compilation box ‘Works For Abattoir Fermé 2007-2011’ (2012). 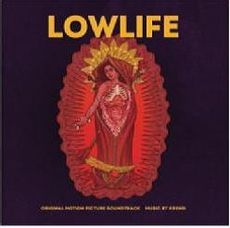