Warped guitars, screams and voices gone berserk; furious drums, tenacious bass guitars, frenzied Hammonds, avalanches of sitars, dramatic inflections, and hypnotics breaks - All these things together and many more are THE PAWNSHOP.

A moniker for an obscure supergroup behind which three truly unforgettable heroes of the Italian library music concealed themselves and experiment without any musical boundaries whatsoever. They were the celebrated Giuliano Sorgini (Raskovich), Alessandro Alessandroni (Braen) and Giulia De Mutiis (Kema). Their sound contaminated and transformed b-movie sounds, newscasts and radioshows at a time when Italy was shaken to its core by the occult and shady dealings of secret agencies. This collection features a thought-lost track, which is The impossible melting point between freakbeat, garage-punk and psychedelic pop. Amazing stuff. 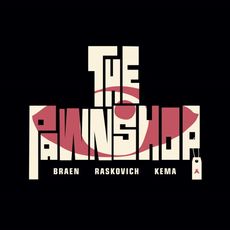