2018 has been the year of The Greatest Showman, with the album breaking long-standing records along the way.

The most successful soundtrack of the last 50 years - Certified 3x Platinum in the UK with over 1 million copies sold. A further 3 million copies sold worldwide - 11 consecutive weeks at #1 - The joint-longest run at #1 since 1984, matching Adele 21 - 21 weeks at #1 this year and counting - The most weeks at #1 in a calendar year in modern chart history - Global TV performances including Ellen, The Graham Norton Show & The Oscars - This Is Me winner of ‘Best Original Song’ at The Golden Globes. 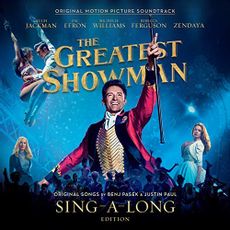